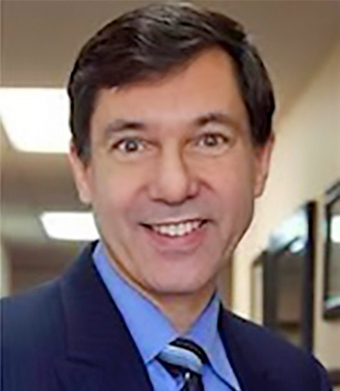 Dr. Jeffrey Riopelle was born in San Francisco, California. He attended medical school at UC Irvine, graduating in the top 15% of his class, and did his residency training in Ventura, part of the esteemed UCLA residency system. Dr. Riopelle has practiced cosmetic surgery and cosmetic dermatology in San Ramon, Pleasanton, San Jose, and Oakland since 2001.

Cosmetic surgery is both an art and a science. The Riopelle family is filled with well-known artistic and creative people including famous French Canadian artist Jean Paul Riopelle, famous singer- song writer Jerry Riopelle, and famous inventor Fleming Riopelle (Dr. Riopelle’s grandfather), inventor of the first automobile air conditioner. Dr. Riopelle became a cosmetic surgeon in order to be able to combine his talents in both the arts and the sciences. For example when doing liposuction he carefully sculpts each individual as if working to create a fine masterpiece.

Dr. Riopelle relates well to patients. He is a great Listener. He understands patient’s needs and desires and in turn creates the optimal treatments for them. In fact Dr. Riopelle was featured in Barry Lycka’s ground-breaking book Don’t Choose a Cosmetic Surgeon Without Me, in which Dr Lycka noted Dr. Riopelle’s exceptional listening skills and patient rapport.

Dr. Riopelle is a family man. Both he and his wife Donna (co-founder of their practice) are active in the community, enjoy sports, and stay physically fit. They have 4 great children who are all 4.0 students and excel in sports as well. Dr. Riopelle enjoys coaching sports, and in fact has coached all his children in either basketball or baseball over the years.

Dr. Riopelle has had a storied medical career. He was selected to TopDocAmerica for 2 years in succession. He was elected as a Top Dermatologist in San Ramon, Pleasanton, San Jose, and Oakland by the International Association of Dermatologists 2011. He has trained with some of the world’s greatest experts in cosmetic surgery, and has himself taught Thermage and other cosmetic surgery techniques to physicians internationally.

He enjoys his role as an innovator staying, ahead of the curve, and he seeks out the most modern and effective technologies. He was the first doctor on record to combine IPL with Laser Genesis before a major company (Cutera) came out with it all as one unit. Dr. Riopelle was among the first to do fat transfers to the buttocks as part of the Brazilian Butt Lift, among the first in the US to perform the Vampire facelift, invented the RioLift (the 3 dimensional facial rejuvenation), and was among the first in the US to learn stem cell processing of fat and injection techniques for revitalizing joints. He is currently working with the Ageless Regenerative Group in Florida on studies to evaluate the effectiveness of stem cells for joint problems, asthma, diabetes and ED.

He is well-rounded in Preventive Medicine and Antiaging, as well as cosmetic surgery allowing him to effectively treat the skin from the inside out as well. Donna Riopelle is board certified in anti-aging and regenerative medicine.

Dr. Riopelle has author of a book as well as numerous articles, and has now appeared in over 50 videos, and on television and radio. He has been featured on the CBS and NBC news multiple times reporting on medical advances, has been featured on the CBS TV show Fabulous U Magazine, and has interviewed on the radio by the famous DJ, Don Blue. Dr. Riopelle was a childhood star of the films Economics in Action, Spanish in Action and the Marshlands. He is fluent in Spanish as a second language and enjoys using his Spanish with Spanish speaking patients. He is active as a board member of The Mastermind Group, a group of doctors in the US and Canada whose purpose is advancement of high-quality, cutting-edge, ethical medicine. Dr. Riopelle has also performed numerous free treatments for residents of Shepherd’s Gate, a shelter for battered women and has started an annual Halloween candy buyback program to promote health in children while helping create holiday care packages for the Blue Star Moms for overseas military personal.

At SF Bay Cosmetic Surgery Medical Group, we offer a variety of body sculpting and facial rejuvenation treatments to address all of your aesthetic concerns. We look forward to helping you achieve the results you desire with a customized treatment plan. So, get started today by scheduling your consultation.